In January 1988, the 13 church members of the then Connolly Baptist Fellowship, now Lake Joondalup Baptist Church, decided that they wanted to express their faith in the community in a way which would demonstrate their love for God. The medium they chose was to develop a secondary college which would be open to everyone in the community; a place where the students could be educated within the context of the Christian faith and values. 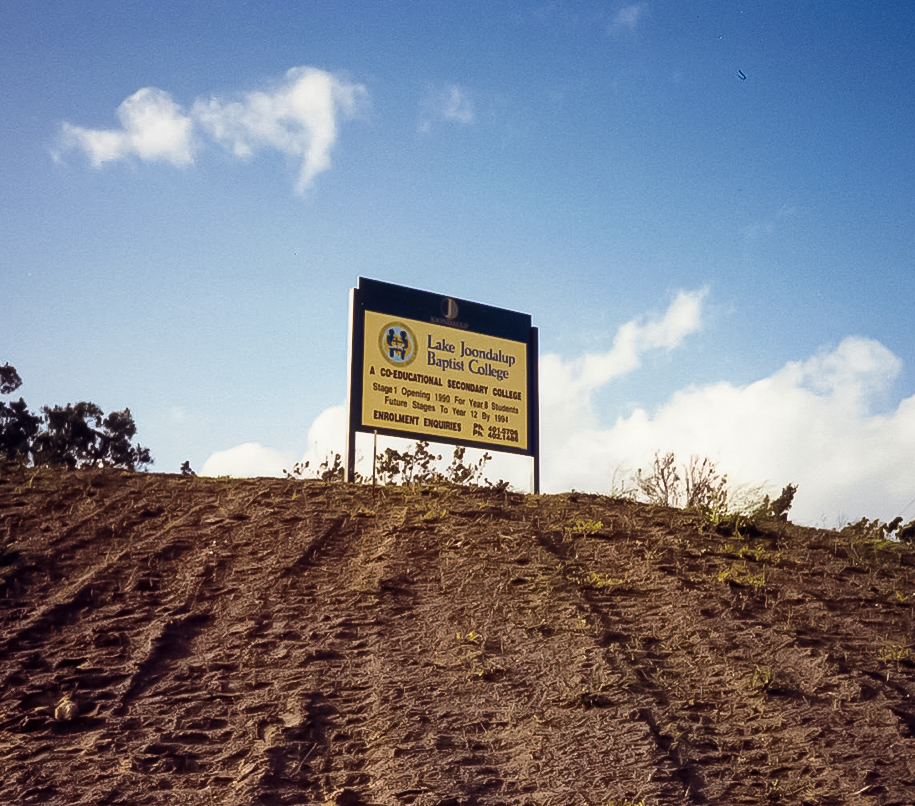 A six hectare site was purchased on the corner of Joondalup Drive and Kennedya Drive, and in February 1990, Lake Joondalup Baptist College opened as a secondary school 74 Year 8 students. At a cost of $1.26 million, this was an incredible step of faith for a small church with limited financial resources. The foundation staff consisted of a Principal, an office worker and five teachers. Facilities included three classrooms, a hall and student amenities.

In 1996, Ms Barbara Wadley took up the position of Principal of the College with 530 students from Year 8 to 12 secondary school and 35 staff. During that year, construction commenced on the Lake Joondalup Baptist Primary School, which opened in1997 with 200 students and 11 teachers. The inaugural Principal of the Primary School, Mrs S Smith, was joined by ten teaching staff and an office administrator. The Primary school had an initial enrolment of 240 students. Also during 1997, three new classrooms, an office/storage facility for the Physical Education Department plus a third computer room were completed.

During 2010, the new Science Building was opened at a formal function by the Chief Scientist of WA. The existing Careers Centre relocated from the T&E Centre to a more functional space and two former Science classrooms became Music classrooms. A second Performing Arts room was introduced and the Primary facilities received upgrades to Music and Art teaching areas. The Primary Library was completed, courtesy of Building the Education Revolution with an official opening in November. Secondary Reception the House Centre and First Aid moved to new facilities. A new College website, designed and built ‘in-house’ was launched and printed newsletters were replaced with eNewsletters. Kindergarten, Pre Primary and Year 1 classes double-streamed, giving a total of 438 Primary children, 800 Secondary and 165 staff.

The College has created many opportunities for students to serve the wider community, with particular focus on those less fortunate than themselves. The annual China Service tour provides a group of Senior Secondary students with a unique capacity to serve during visits to orphanages, schools and communities and many students have returned stating that this was a life-changing experience. In 2010, a Social Justice group was formed, which has supported projects such as World Vision, Water for Malawi, the 40 Hour Famine, the Cambodia Case4Change project and Operation Christmas Child. The College organises regular ‘uniform free’ days on which students make a donation towards the student body’s ongoing support of World Vision children.

Photo - Construction of T&E Building in 2001 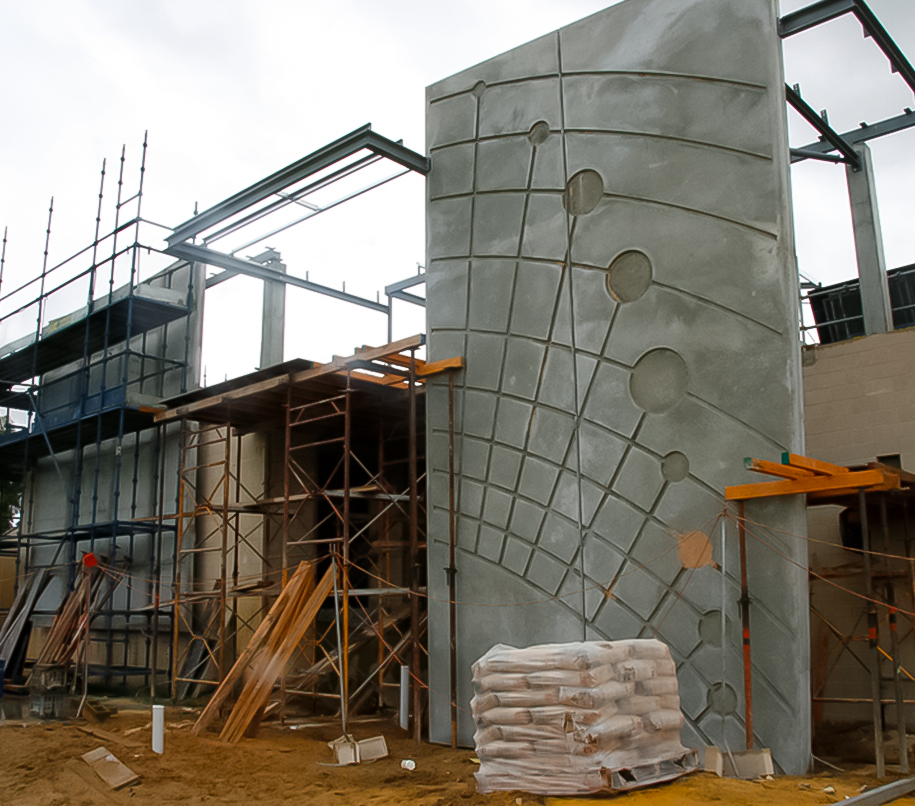